NEW DELHI: The food ministry has revived the proposal to increase by 2 kg each the allocation of subsidised food 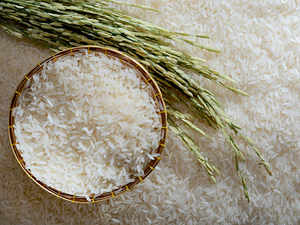 Food minister Ram Vilas Paswan has written to Prime Minister Narendra Modi seeking his approval for this proposal, which has been lying before the Cabinet for some time.

If the proposal gets clearance, it will help the government offload massive stocks piled up in granaries ahead of the fresh procurement season, which starts in October.

The government currently gives 5 kg of food grains per month to every poor individual at a subsidised rate of Rs 1, Rs 2 and Rs 3 per kg for coarse grain, wheat and rice, respectively, besides allocating 35 kg of food grains to extremely poor Antyodaya families.

“We have been trying to push this proposal which would allow every beneficiary to get 7 kg of food grains (rice/wheat/coarse cereals) at the subsidised rate instead of the existing quota of 5 kg per month, initially for at least six months. This outgo of additional food grains will ease the storage problem the government is facing due to record procurement for the last few years,” said an officer close to the development.

The government has 71.1 million tonnes of food grains (rice and wheat) in its godowns as against the minimum stock requirement of 30.7 million tonnes. The storage capacity is around 85 million tonnes including 12.67 million tonnes of cover and plinth facility with over 100% capacity utilisation in Punjab and Haryana, which observe the maximum procurement of food grains. “Procurement of summer (kharif) rice will begin in October. Rice can’t be stored open in plinth storage. So, it is important to evacuate godowns for fresh harvest. There is a risk of damage to old stocks. So, this is the best way for finding space for fresh harvest while feeding poor families,” said another official.