ISRO sends record 104 satellites in one go, becomes the first to do so

The space agency’s trusted workhorse Polar Satellite Launch Vehicle PSLV-C37, on its 39th mission, took off in the morning, at 9.28 am, today, from Sriharikota space centre with the 104 satellites belonging to international customers.

“This is a significant step for India. This entire launch will last for 28 minutes…It is a four stage mission. The first satellite will go in the 17 th minute followed soon by two nano satellites by India. Later 96 satellites will be placed in their orbits,” said Ajay Lele of ISRO.
The first to be let off was India’s high resolution Cartosat-2 series satellite made especially to monitor activities of India’s hostile neighbours at a resolution of less than a metre keeping a bird’s eye view on both Pakistan and China.

END_OF_DOCUMENT_TOKEN_TO_BE_REPLACED

Chennai: India’s space agency will outsource the manufacture of two navigation satellites, Navic to a consortium of private firms, its first major attempt to share its expertise in satellite making technology that would potentially allow the country to emerge as a major global hub for producing satellites.

So far, firms such as Avasara Technologies, L&T and Godrej have supplied components and systems for the satellites that Indian Space Research Organisation (Isro) builds to hurl into space.

END_OF_DOCUMENT_TOKEN_TO_BE_REPLACED

Bengaluru: India’s space agency, Indian Space Research Organisation (Isro), plans to launch a navigation satellite that it would build jointly with a private firm, by March next year, beginning a process to outsource satellite manufacturing and free its resources to focus on research and deep space missions.

Isro has received over 40 responses to a tender floated to invite private firms to jointly build a satellite and eventually transfer satellite-making technology for local and global needs.

The space agency plans to hand-hold vendors to jointly build, test and certify two navigation satellites that it would launch to join the fleet of seven Navic satellites already in space.

END_OF_DOCUMENT_TOKEN_TO_BE_REPLACED

ISRO to launch record 22 satellites on a single rocket

New Delhi: Indian Space Research Organisation (ISRO) will be launching a record 22 satellites on a single rocket next week, thereby demonstrating their ability to compete with commercial space flight companies run by billionaires Elon Musk and Jeff Bezos. It will be the biggest single launch by India, trailing Russia’s 33 satellites launch in 2014 and NASA’s 29 the year before. It will carry satellites from the US, India, Canada and Germany and will be launched from Sriharikota on June 20, 2016. Most of the satellites will observe and measure the earth’s atmosphere. However, it also includes an earth observation satellite to capture light invisible to the naked eye. Currently, India has about 35 satellites in orbit for broadcasting, navigation, scientific exploration and weather monitoring.

New Delhi:In its first launch this year, Indian Space Research Organisation (Isro) successfully put the IRNSS-1E in orbit using Polar Satellite Launch Vehicle PSLV-31. The 1,425 kg satellite was the fifth to be launched as part of the Indian Regional Navigation Satellite System (IRNSS) which will consist of a constellation of seven satellites.

After the PSLV-C31 lift-off at 9:31am on Wednesday from the Satish Dhawan Space Centre in Sriharikota and a flight of about 18 minutes 43 seconds, IRNSS-1E Satellite was injected to an elliptical orbit and successfully separated from the PSLV fourth stage. Once in orbit, the solar panels of IRNSS-1E were deployed automatically so that it can be controlled by Isro’s Master Control Facility at Hassan, Karnataka.

END_OF_DOCUMENT_TOKEN_TO_BE_REPLACED

India to build its heaviest rocket to carry 10-tonne satellites

MUMBAI: The Anil Ambani-owned Reliance Group has selected Mihan near Nagpur in Maharashtra for developing India’s first smart city for the defence sector. Known as Dhirubhai Ambani Aerospace Park (DAAP), the smart city will be developed at a cost of $1 billion to manufacture helicopters for both commercial and military applications.

The project would be the first integrated facility in aerospace structure, engine design and manufacture, fabrication and platform integration in the country.

The move is part of the Reliance Group’s aggressive play in defence, seeking to capture a slice of the $100 billion worth of opportunities that the sector would soon throw up as part of the NDA government’s ‘Make in India’ programme to focus on indigenous manufacturing of defence equipment.

END_OF_DOCUMENT_TOKEN_TO_BE_REPLACED

India’s Aviation Growth to Be Double Of Global Average, According To Aviation Major Airbus 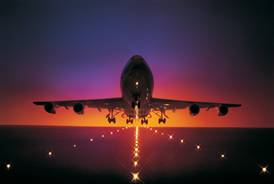 Paris: World’s leading aircraft manufacturer Airbus SAS  expects India’s domestic aviation market to grow at 11 per cent annually while combined market for domestic and international routes to grow at 10 per cent annually over the next 10 years, which is twice the average global growth rate. Airbus has already committed to source products worth US$ 2 billion cumulatively over the next five years and also provide customized maintenance and other services for all its airline customers in India closer to their base. Airbus India MD Srinivasan Dwarakanath expects India will become one of the top three aviation markets globally in next 20 years. Considering the relatively low aviation penetration in India, the industry will need to double the number of aircraft fleet if just an additional one percent more of its population starts to travel by air. Although expectations are that India will need 1,291 aircraft by 2032, looking at the growth trajectory, forecasts may well be revised upwards. Airbus already has aerospace partnerships in India with Hindustan Aeronautics Ltd (HAL) for Airbus 320, Dynamitic for flaps in A320 and A330, Mahindras and Tatas in the defense area.  R&D in India stays as one of the primary focus for Airbus as they look forward to emerging technologies and innovative solutions to their airlines.

“The multi-year contract envisages manufacturing and supply by Mahindra of a variety of metallic components that will be fitted into several Airbus aircraft programs as part of assemblies produced by Premium AEROTEC,” the company said in a statement.

The contract, the size of which has not been disclosed, was signed at the Paris Air Show that began on Monday.

Mahindra Aerospace’s deliverables under this contract will be in excess of a million parts per annum, which will be produced at the new Mahindra Aerostructures facility located at Narsapura, near Bengaluru.

Airbus and Mahindra are already global partners in the aerospace engineering domain with Tech Mahindra being one of the engineering services providers to the Airbus Group.

Mahindra Aerospace currently manufactures the Airvan 8 utility aircraft at its facility in Australia. 200 such Airvan 8’s are in service at present.

The company is also developing a 10-seater Airvan 10 turbo-propeller plane, which is scheduled for certification this year.

6 more satellites are planned to be launched during 2015-16 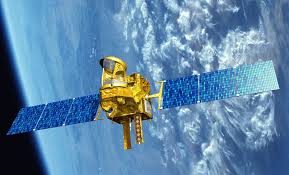 This information was given by MoS in the Prime Minister’s Office and Minister of State in the Ministry of Personnel, PG & Pensions, Dr Jitendra Singh in written reply to an unstarred question in the Rajya Sabha today.