NEW DELHI: The Centre’s flagship initiative Smart City Mission has got its first international affirmation, as a London School of Economics study has praised the government’s effort, saying Indian smart cities could become lighthouses for other cities around the world.

Two years after the Narendra Modi-led government launched the mission to smarten up 98 cities by promoting economic growth and improved governance, the study has commended the programme. The London School of Economics study was conducted after the first set of 20 cities were chosen in January 2016 through a competitive process to initiate the mission. The research examined the proposals of each city and conducted stakeholder interviews to gauge the selection process and the quality of the mission. The Smart Cities Challenge, which was the first time Indiaused an open national competitive framework to distribute funding to local governments for urban development, has been termed as “the most innovative aspect of the Mission”.

The study praises the innovative and transparent manner in which the challenge was conducted, stating the process encouraged new thinking amongst local leaders and encouraged them to “perform well under pressure” and “work across departments”.

New Delhi: Iran has zipped past the likes of Venezuela and Nigeria to become India’s third largest oil supplier as easing western sanctions enabled Indian companies to increase purchases from that country.

Saudi Arabia and Iraq continue to be ahead of Iran, which was sixth biggest supplier of crude oil to India in 2015-16. It has overtaken Venezuela, Nigeria and UAE to become India’s third largest supplier in April-December period of 2016-17.

END_OF_DOCUMENT_TOKEN_TO_BE_REPLACED

Can India become a superpower?

India has the world’s second largest population and one of the fastest growing economies today. Experts predict that India will become a global superpower within fifty years – thanks to its economic growth and young population. Access to healthcare, reliable power and clean water are also in desperate short supply. Could these gaps prevent India from achieving what finally seems within its grasp? Upload a video reply and tell us what it takes to make India a superpower. The best videos will be shown during the World Economic Forum’s India Economic Summit to be held from 8 to 10 November, under the theme, “India’s Next Generation of Growth”.

Production growth in the six core infrastructure industries during March 2009 stood at 2.9 per cent, the highest since September 2008, indicating some amount of recovery in the Indian economy during the month under consideration. However, compared to the same month in 2008, the core sector registered a flat expansion.

The better than expected core sector numbers this March are likely to cushion the fall in Index of Industrial Production, as it constitutes 27 per cent of the index. IIP had contracted 1.2 per cent in February 2009, the most in about two decades.

“The IIP could see some low-positive growth in the month under consideration. But the pain in the economy is far from over,” said a Mumbai-based economist with a leading bank on condition of anonymity.

Compared to the previous months, core sector growth in March was better due to higher output of cement and electricity, which was supported by the coal and petroleum products sectors. However, crude and finished carbon steel output contracted, compared to the year-ago month, pulling down the overall growth rate of the core sector.

Economists maintain that monthly numbers are not sufficient to arrive at a conclusion on the health of the economy, but added that the next few months may see better times. “Recent numbers suggest that from here on, we may see some positive but tepid growth,” said Shubhada Rao, chief economist, YES Bank.

Significantly, steel output has increased 10 per cent from the previous month. In fact, in absolute terms, steel output in the month under consideration was the highest in 12 months and stood at 4,837,000 tonnes. This indicates that the contraction in output of this key construction input was due to statistical reasons rather than a muted demand.

Cement output growth was at a 13-month high, indicating demand from infrastructure projects, as most housing construction activity remains muted. However, it remains to be seen if the economy is able to absorb the 50 million tonnes of additional cement capacity scheduled to be added in 2009-10.

Bangalore emerges as the best city for expatriates

Bangalore has emerged as the best Indian city among New Delhi, Mumbai and Chennai in terms of better quality of living for expatriates, according to a latest worldwide survey of cities by global HR consultancy Mercer.

According to Mercer survey , ‘2009 quality of living global city rankings’ for 215 cities, Bangalore has topped the list among Indian cities, while the country’s financial hub Mumbai has witnessed a drop in rankings this year mainly due to a decline in stability and security conditions.

Unfortunately, Indian cities do not fare well as compared to their global peers as the list is topped by Vienna in Austria followed by Switzerland’s Zurich (2nd), Geneva (3rd), Canadian city Vancouver and New Zealand’s Auckland have been ranked at the 4th place.

Among Indian cities, Bangalore has been ranked at the 142nd place this year, down two notches from last year, while Mumbai has been dropped to the 148th place from 142 position last year, the survey revealed.

However, New Delhi has managed to maintain the same rank this year at the 145th place in the global list, while Chennai has been ranked at the 152nd place, the survey revealed.

Meanwhile, Singapore has emerged as the best Asian city in terms of quality of living, ranked at 26th position in the global list followed by Tokyo at 35. Further, Baghdad is at the bottom of the rankings at the 215th place.

“When you relocate executives from one country to another you need clear and objective information establishing quality of living differences between cities. Some are perceived to be safer, while others provide entertainment activities or more comprehensive medical services,” Mercer’s information product solutions India business leader Gangapriya Chakraverti said.

The Mercer quality of living report aims to provide tangible values for such qualitative perceptions, in order to establish an effective and objective assessment of the quality of living throughout the world, Chakraverti added.
Interestingly, this year’s rankings also identify cities with best infrastructure based on electricity supply, water availability, telephone and mail services, traffic congestion and the range of international flights from local airports. 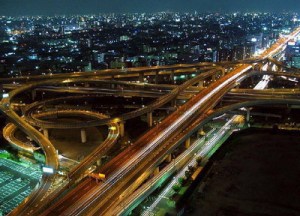 According to the Asian Development Bank’s (ADB) ‘Asia Capital Markets Monitor’ report, the Indian equity market has emerged as the third biggest after China and Hong Kong in the emerging Asian region, with a market capitalisation of nearly US$ 600 billion.

As per the report, the combined market capitalisation of all the equity markets in the emerging Asia region stood at US$ 5,770 billion at end of March 2009.

The Indian equity market’s capitalisation at the end of March 2009 stood at US$ 598.3 billion, which accounts for about one-tenth of the combined valuation of the entire emerging Asia region.

Meanwhile, the People’s Republic of China has topped the chart with a marketcap of US$ 2,347.4 billion, followed by Hong Kong with US$1,293.7 billion, reveals the data compiled in the ADB report.

United Nations Industrial Development Organisation (Unido) found that the share of developing countries in the world’s manufacturing value-added output has almost doubled in the last 18 years due to the shift of production units and outsourcing of services from developed nations.

Unido in the International Yearbook of Industrial Statistics 2009 stated that developing countries produced almost 30% of world manufacturing value added (MVA) at the end of 2008 as compared to 16% in 1990. The per capita MVA doubled as early as 2006, while the industrialised world achieved merely 30% increase, it added.

According to Unido analysis based on 2007 figures, India ranks among the top 12 producers of MVA. In textiles, the country is ranked fourth, after China, USA and Italy; while in electrical machinery and apparatus it is ranked fifth. It holds sixth position in the basic metals category; seventh in chemicals and chemical products; 10th in leather, leather products, refined petroleum products and nuclear fuel; twelfth in machinery and equipment and motor vehicles.

“Although in most industrialised countries, the share of manufacturing is decreasing due to the increasing role of service sectors and outsourcing of production activities abroad mainly to developing countries, manufacturing still accounts for more than 20% of the GDP of Japan, compared to the 17 % average for all industrialised countries,” Unido said in the 15th publication of the yearbook.

The organisation said production of information and communication technology products has strengthened the performance of relatively smaller economies like Singapore, Ireland and Finland. “As a result, they have outperformed relatively larger economies such as the USA, Germany, Canada and France,” the yearbook stated. 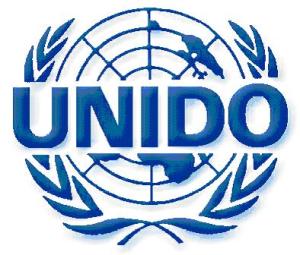