New Delhi: The nation’s top leadership on Monday called for more effective implementation of New Education Policy (NEP) to take India forward as per needs and aspirations of 21st century and get the youth better prepared for future.

Addressing Governors on New Education Policy, President Ram Nath Kovind said that it will take the country, especially the youth, forward in accordance with the needs and aspirations of the twenty-first century. Prime Minister Narendra Modi remarked NEP focuses on learning instead of studying and goes beyond curriculum to focus on critical thinking.

What the President said?

President Kovind said that education is the most effective way for social justice and hence the National Education Policy calls for an investment of about 6 per cent of GDP jointly by the Centre and the States. He said the NEP emphasises on strengthening of public educational institutions for a vibrant democratic society and at the same time inculcate respect among students for Fundamental Rights, Duties, Constitutional values and patriotism.

Briefing the Governors about NEP, President Kovind said socially and economically disadvantaged groups (SEDGs) have been given priority in this policy through various initiatives. It includes providing foundational literacy and numeracy to all children at primary school level by 2025.

Reiterating the role of teachers in NEP, President Kovind said that teachers will have a central role in the new education system, the most promising people being selected for the teaching profession. With this perspective, a new and comprehensive curriculum for teachers’ education will be formulated by next year, he said.

President Kovind also observed that it has been widely accepted that the mother tongue should be the medium of primary education and hence the new policy adopts the spirit of the three-language formula. It has the benefit of encouraging the Indian languages, arts and culture which is a significant step in preserving the unity and integrity of our country characterised by great linguistic diversity.

According to Modi, NEP takes out the pressure from students for taking specific streams. “Our youth will now be able to learn according to their interests,” he said. Earlier, students used to pick a stream beyond their aptitude and they would realise it much later, and these problems have been addressed in the NEP.

“With vocational exposure right from early age, our youth will get better prepared for life,” he said, adding that their participation in the global job market and employability in India will increase with practical learning. The prime minister said that the education policy like defence and foreign policies is not of the government but of the country. “It is our collective responsibility that the policy is implemented in letter and spirit. The more teachers, parents, students are associated with education policy, the more relevant and broadbased it will be,” he added.

NEW DELHI: India’s universities may undergo a significant makeover with the government phasing out the

bewildering multilayered system with a simplified one in sync with global practices.

The suggestions which are part of the draft new education policy report, underline that a university has only one definition worldwide, namely, a multidisciplinary institution of higher learning that offers undergraduate, graduate and doctorate programmes, and engages in high quality teaching and research. END_OF_DOCUMENT_TOKEN_TO_BE_REPLACED

New Delhi: The government is in the process of finalising the new national education policy which will focus on making India’s education system learner-centric instead of teacher-centric, said a top official of the Ministry of Human Resource Development (MHRD) on Thursday.

While addressing the FICCI Higher Education Summit 2017 here, Dr. N. Saravana Kumar, Joint Secretary, MHRD, said, “The government is in the process of finalising the new national education policy which will focus on making India’s education system learner-centric instead of teacher-centric. Also, the highly regulated education sector is being liberalized and private sector participation is being encouraged for India to acquire global citizenship in education.”

END_OF_DOCUMENT_TOKEN_TO_BE_REPLACED

New Delhi: The government on Wednesday invited public comments on the measures that the Ministry of Human Resource Development aims to take under its much-awaited New Education Policy. It has uploaded the Draft National Education Policy proposals through its citizen engagement platform MyGovIndia and the last date for inputs from the people is July 31.

The measures include setting up an Education Commission every five years, creation of an Indian Education Service, Central Educational Statistics Agency and reorienting the National Council of Educational Research and Training, apart from possible for a foreign university to offer its own degree to the Indian students studying in India.

END_OF_DOCUMENT_TOKEN_TO_BE_REPLACED 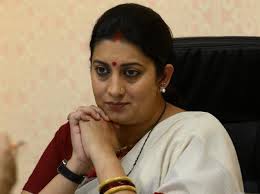 “We have received suggestions from people living in 1.10 lakh villages and over 1,500 municipal bodies. We have prepared a document with the help of experts, including advice by education councils, to improve our education system. It will be unveiled in 15-20 days,” Irani said in an interview to All India Radio on Monday.

She said it is for the first time that a National Education Policy was being prepared after consulting people living in villages and far-flung areas.

END_OF_DOCUMENT_TOKEN_TO_BE_REPLACED

International aid to education in India nearly doubled to $806 million

New Delhi: International aid to India for education is rising, bucking a global trend, data from the United Nations showed on Wednesday.

Data compiled by the UN Educational, Scientific and Cultural Organization (Unesco) in a global education aid monitoring report showed that India received $806 million in 2014, nearly twice the $421 million it received in 2013. END_OF_DOCUMENT_TOKEN_TO_BE_REPLACED

NEW DELHI: Indian Institutes of Technology (IITs) are poised to open their gates wider to foreign students this year. The human resource development ministry has accepted a proposal to allow overseas aspirants to undertake entrance examinations for admission to the premier engineering institutes and even hold these standardised tests abroad.

Candidates aspiring for admission to IIT are required to undertake the Joint Entrance Examination (JEE) at the bachelor’s level and the Graduate Aptitude Test in Engineering (GATE) at the master’s and PhD levels. HRD Minister Smriti Irani, who is also chairperson of the IIT Council, has cleared the proposal and her ministry has issued a memorandum to all IITs.

The memorandum asks each institute to place the proposal before its senate or board of governors for approval. The proposal aims at adding about 10,000 seats in 18 IITs across the country as part of the drive to attract foreign students, mainly from South Asia, Africa and West Asia, especially at postgraduate and doctorate levels.

END_OF_DOCUMENT_TOKEN_TO_BE_REPLACED

Both sides also discussed the Chevening Scholarships for Indian students; two-way student mobility; Generation UK-India programme which will support up to 25,000 young people from the UK to come to India over the next 5 years and initiatives supported by DFID. The UK delegation confirmed that they will put in four times more resources for the Chevening scholarships for Indian students and make it the largest Chevening Programme in the World.

END_OF_DOCUMENT_TOKEN_TO_BE_REPLACED

NEW DELHI: The Narendra Modi-led NDA government plans to establish five new Indian Institutes of Technology (IITs) announced in this year’s budget with the assistance of foreign countries, just as the Congress did in the 1950s and ’60s under then Prime Minister Jawaharlal Nehru’s initiative.

The proposed IIT in Goa will come up in collaboration with well-known institutions in the United States, an official familiar with the matter said, adding that human resource development minister Smriti Irani will accompany Prime Minister Modi to America later this month to sign a joint declaration for this purpose.

The partner countries for the rest of the proposed premier engineering schools in J&K, Chhattisgarh, Andhra Pradesh and Kerala will also be identified soon, the official added on condition of anonymity.

END_OF_DOCUMENT_TOKEN_TO_BE_REPLACED

The government is planning to formulate a New Education Policy aimed at meeting the challenges posed by lack of quality, research and innovation in our educational institutions, Minister for Human Resources Development, Smriti Irani told in the Rajya Sabha today.
The National Policy on Education 1986, as amended in 1992, has been the guiding document for the policies of the Central Government in the education sector.
The government has been following National Policy on Education 1986, as modified in 1992, which provides for National System of Education implying that up to a given level, all students, irrespective of caste, creed, location or sex, have access to education of a comparable quality.
The national system of education envisages a common educational structure. The 10+2+3 structure has now been accepted in most parts of the country.
However, in the last twenty years, the education scenario has seen a monumental change with the emergence of several new paradigms like rights based approach to elementary education, the endeavour to extend universalisation to secondary education, reshape the higher education scenario and its impact on the innovation environment.