Exports from special economic zones (SEZs) grew by 38 per cent in May to Rs 29,236 crore, according to data by EPCES.

Further, during April-May this fiscal, exports from these zones rose by 11 per cent to Rs 1.01 lakh crore.

Vinay Sharma, officiating chairman of EPCES, said: “The healthy pace of growth in exports from SEZs once again reflects the increasing economical impact of these zones and its contribution to the country’s export earnings.”

The major export destinations are the UAE, US and Saudi Arabia.

However, regions like Hong Kong, Africa, Kenya and Oman have seen negative trends, it added.These zones enjoy certain fiscal and non-fiscal incentives such as no licence requirement for import; full freedom for subcontracting; and no routine examination by customs authorities of export/import cargo. 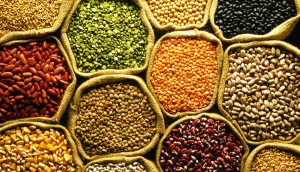 including Canada, Australia, the EU and the US. At the World Trade Organisation, they have raised questions over Delhi’s claims of achieving food security objectives.

According to a Geneva-based trade official, India has responded saying the recent increase in tariff was based on the demand-supply equation and that it did not breach WTO rules.

END_OF_DOCUMENT_TOKEN_TO_BE_REPLACED

New Delhi: Exporters hit by the sharp decrease in duty drawback rates on various items following implementation of the Goods and Services Tax (GST) regime would soon get some relief as the government is finalising higher rates to compensate for embedded taxes.

“The GK Pillai committee has worked out the new structure of duty drawback which would take into account embedded taxes on inputs on which credit is not available. It will be finalised once the Finance Ministry approves it,” a government official told BusinessLine.

END_OF_DOCUMENT_TOKEN_TO_BE_REPLACED

NEW DELHI: The government has tightened an oft-used route for trade-based money laundering. 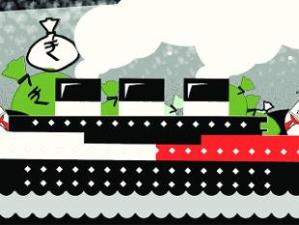 Issuance of remittances or opening of letter of credit in trade will now be done electronically involving the Reserve Bank of India, banks and customs authorities.

The move comes after the Directorate of Intelligence detected a major laundering case in which traders submitted same documents in multiple banks to transfer funds abroad against imports.

END_OF_DOCUMENT_TOKEN_TO_BE_REPLACED

New Delhi: Exporters and importers will now need just three mandatory documents each to carry out their business, cutting down significantly on transaction time and cost.

The reduction in mandatory documentation requirement, notified by the government on Thursday, marks a huge improvement over the earlier dispensation. As many as seven mandatory documents were required for exports and 10 documents for imports in India, as per the World Bank’s 2015 Report.

The reduction in documentation is also expected to improve India’s ranking in the ‘trading across borders’ component of the World Bank’s ‘ease of doing business’ report, where the country was ranked 126 of 189 countries last year, an official release of the Commerce Ministry said.

Exports had registered a growth of 4.7 per cent at $314.4 billion in the previous fiscal.

Japan and the US contributed 1.84 per cent and 13.75 per cent respectively to total exports during April-September period of the current year, Sitharaman said in a written reply to the Rajya Sabha.
Growth rate of exports entered the negative zone after a gap of six months, declining 5.04 per cent in October due to a dip in shipments from engineering, pharma and gems and jewellery.

In a separate reply, she said that the long-term vision of the government is to increase India’s exports of merchandise and services from present level of $464.1 billion to about $900 billion by 2018-19 (CAGR of about 14 per cent) and take India’s share of global exports to above 3 per cent. “An aggressive product promotion strategy for high value items that have a strong manufacturing base is the main focus of the overall growth strategy.

“The core of the market strategy is to retain presence and market share in traditional markets, move up the value chain in providing export products in the developed countries’ markets; and open up new vistas, both in terms of markets and new products in these new markets,” she added. The focus sectors have been identified as pharmaceuticals, electronics, automobiles, leather, gems and jewellery and textile sectors to boost shipments.

“Focus of the strategy is to penetrate into the markets in Asia (including ASEAN), Africa and Latin America to strengthen our presence in newly opened up markets. At the same time our aim would be to deepen engagement in the older markets,’ she added. Top ten destinations of Indian exports during the first half of the fiscal are: USA, UAE, Saudi Arabia, Hong Kong, China, Singapore, UK, Brazil, Germany and the Netherlands.

Highlighting the export performance, Shri Virender Uppal, Chairman AEPC in his message stated that “garment exports are on the sustained path of growth and we have incurred 17.6% growth in this fiscal. Exports in dollar terms for the month of September 2014 stood 1.3 billion registering 16% growth. The cumulative April- September of the Financial Year 2014-15 has increased by 17.6 per cent over the same period of previous FY and reached to USD 8.3 billion, which is good performance.” He further noted that increasing labour cost in China, non-compliance of large number of factories in Bangladesh, high rate of inflation, currency appreciation, etc with the competing countries have provided India a big opportunity in view of its relative advantage.

A small push from the Government with its policy support may help India to get more business as overseas buyers are looking at India as safe and reliable option for the sourcing. But to capture the space in market left by China and Bangladesh, we have to be competitive in pricing, apart from meeting strict timelines, better quality delivery by Indian exporters, Shri Uppal added. END_OF_DOCUMENT_TOKEN_TO_BE_REPLACED

NEW DELHI: Seeking to involve state governments in boosting country’s exports, the Centre has asked them to appoint export commissioners to step up efforts to boost shipments.

The export commissioner would help in ensuring easing of bottlenecks and development of infrastructure through appropriate allocation of plan resources, an official said.

The Commerce Ministry has made several efforts in the past few months to mainstream the states so that they focus on boosting exports.

END_OF_DOCUMENT_TOKEN_TO_BE_REPLACED

New Delhi: India’s leather exports jump 11.6 per cent to $367 million in the first month of the current fiscal compared to the same period previous year, on account of rising demand from western markets like the US and EU. In April, 2012, these exports stood at $328 million, according to the data provided by the Council for Leather Exports (CLE).

“In April, the exporters have got good number of orders owing to growing demand for leather items in the US market. Also, the European market is picking up now,” a CLE official said. “We expect leather exports to grow up to 20 per cent in the current fiscal,” he added. The major markets for leather and its products are the US, the UK, Germany, Italy, France and Spain.

Among the items which witnessed growth in April 2013, leather garments saw maximum jump of 23 per cent, followed by leather goods 21 per cent, saddlery and harness 17.4 per cent, leather footwear 13 per cent and footwear components 9.3 per cent. Besides, the official said, there is a good demand for leather products in emerging markets like China, Japan, Africa and Latin America. During 2012-13, leather exports grew over 4 per cent year-on-year to $5 billion in 2012-13.

NEW DELHI: India has managed to clinch almost three million of its annual average of five million tonne potash imports at a record low price of $ 460 per tonne after busting a global potash cartel’s stranglehold on pricing.

This could mean a neat saving of Rs 5,000 crore from the fertiliser subsidy bill of Rs 55,000 crore (BE 09-10) since the benchmark delivered price, clinched by Indian Potash Ltd (IPL), is now applicable to all Indian potash buys.

Thus far, a small group of companies that control roughly 75% of global supply had cartelised to cut production drastically in order to keep the prices high. With this, India has established itself firmly in the A list of global fertiliser buyers with clout to dictate the price of the commodity, a crucial plant nutrient as well as an industrial input.

Analysts surmised that the same price level woudl be offered to China. However, the best part of the deal is that India will get the cheapest potash in the world and should China, who is the world’s biggest buyer, manage to swing a lower price, the same would apply to all the Indian potash buys as well. IPL, is the country’s biggest buyer of potash and imports around 3.5 million tonnes annually. “Nobody else is going to swing a lower price for potash by wielding the gun from our shoulders,” Iffco MD U S Awasthi told ET. Iffco, the country’s largest fertiliser cooperative, owns 34% stake in IPL.

But on July 13, when it sewed up the first deal on potash supplies to the tune of 8.5 lakh tonnes at a literally jaw-dropper price of $460/tonne with IPC, UK (Silvinit’s marketing arm), it was dismissed by sectoral analysts worldwide as a fluke deal with a “desperate” company.

The offer price by a powerful cartel of global potash majors including Canpotex, which is owned by Potash Corp, Mosaic Co and Agrium Inc was $625-635/tonne. Potash prices had soared in June to $700/tonne despite low demand thanks to the grip of the same cartel on prices. Canpotex sells Canadian potash to Brazil, China, India, and other Asian markets,

The real breakthrough that reinforced the benchmark price, though, only happened this Monday, when the world’s sixth largest potash maker and the second largest listed company on the Tel Aviv stock exchange, Israel Chemicals (ICL), took a beating on its shares overnight and caved in.