The MoFPI is focusing on building cold chain infrastructure across the country, for seamless transfer of perishables from production to consumption areas, through the Pradhan Mantri Kisan Sampada Yojana (PMKSY).

Further, 219 projects for creation and expansion of food processing and preservation capacities have been approved in the country he said.

Under operation greens, five projects have been approved and another 150 projects under food testing laboratories.

These schemes aim at arresting post-harvest losses of horticulture and non-horticulture produce by encouraging the creation of cold storages/ primary processing/ and transportation facilities across the country.
These schemes are demand-driven, mostly by the private investors, said Teli. Financial assistance to the eligible applicants is provided against the Expression of Interests (EoI) issued by the MoFPI from time to time, he said.

West Bengal government is all set to enter into a collaboration with the Arizona State University to set up a world class diagnostic laboratory and also a food processing centre with the Oceanic University to optimize the business of marine products between India and the USA. This was revealed by Dr P K Mazumdar, advisor to the chief minister Mamata Banerjee on agriculture & allied sectors at the 5th Food Processing Conclave organized by CII in Kolkata today.

Mazumdar said that the Bengal government has made a decisive “paradigm shift” in the food and agri geography by shifting the focus from increasing yield to maximizing capacity building of small and marginal farmers by risk mitigation strategies, minimum support prices for essential crops, building 186 Krishak Bazars, warehouses, cold storages, water storage schemes, river lift irrigation, check dams, distribution of solar irrigation pumps to marginal farmers at nominal or no prices, crop insurance etc. Dr Mazumdar said that the West Bengal government “actively encourages” FPOs and its focus is on improving productivity and production of crops on demand of the industry which would make the farming vocation “productive and economically viable.” He added that there are opportunities of investors in the horticulture, dairy, fisheries, animal husbandry spaces in the state and that West Bengal . He requested industries to come forward with their views on the incentive policies of the government.

“One of the leading agri suppliers in the world, Thailand has taken affirmative steps in increasing productivity in this space through the Thailand 4.0 model, the Eastern Economic Corridor (EEC) and the Food Innopolis,” Ms Sweeta Santipitaks, Consul General, Royal Thai Consulate General in Kolkata said while addressing the stakeholders and Farmer Producers Organizations (FPOs).The Consul General spoke extensively about how her country has taken the locational and climatic advantages to become a $6.2 billion agri business industry with the help of Thailand 4.0 model and creating the EECs for innovation and digitization. Thailand, according to the Consul General, has been able to create a nurturing ecosystem for innovation, provide incentives to strengthen business by creating the Food Innopolis which focuses on cutting-edge research, innovation for food processing among others. She invited Indian investors to visit the EEC and Food Innopolis to learn best practices in this vertical.

Speaking at length about how the industry can leverage opportunities with the FPOs, Mr Awadhesh Kumar, General Manager, NABARD said that the FPOs need support of the stakeholders in terms of training and capacity building as they are not “traditionally business people” and “need to understand the demands of the market.” The General Manager of NABARD called for the support of financial institutions for capital disbursement to the FPOs who usually have difficulty in getting capital due to poor track records. He urged CII to create linkages between FPOs and the industry to take forward the Government of India’s target of promoting 10000 FPOs and also requested the state government to firm up a policy for these organizations who, according to Mr Kumar, need the support of financial institutions, academia and the government to become a strong stakeholder in the agri geography.

New Delhi: The Food Processing Ministry said on Thursday that grant-in-aid of ₹67.29 crore has been sanctioned for 10 projects worth ₹301.54 crore under the “Agro Processing Cluster Scheme” of the Ministry’s Kisan SAMPADAYojana.

The decision was taken at a meeting of the Inter-Ministerial Approval Committee chaired by the Union Minister for Food Processing Industries, Harsimrat Kaur Badal. END_OF_DOCUMENT_TOKEN_TO_BE_REPLACED

The government has approved Rs 162 crore under Operation Green scheme which has an outlay of Rs 500 crore to stabilize the supply of tomato, onion and potato (TOP) crops and to ensure their availability round the year without price volatility.

The scheme announced in 2018-19 budget aims to enhance value realisation for farmers by targeted interventions to strengthen production clusters and the Farmer Producer Organisations (FPO) and linking them with the market.

Food Processing Minister Harsimrat Kaur Badal said five projects have been sanctioned in the country and more were in line for approvals. “The total cost of the projects is Rs 426 crore and the grant we will give is Rs 162 crore,” she said.

Badal added that infrastructure projects for the agro commodities will come in Chittoor district of Andhra Pradesh, Banaskantha in Gujarat and two in Ahmednagar in Maharashtra. “More than 50,000 farmers will benefit with these upcoming projects and it will create 10,000 jobs. Storage of over 90,000 tonnes and over 3.64 lakh tonne of daily processing capacity will be created,” she said.

National Agricultural Cooperative Marketing Federation of India (NAFED) will be the nodal agency to implement price stabilisation measures. The pattern of assistance will comprise grants-in-aid at the rate of 50% of the eligible project cost in all areas, subject to maximum Rs 50 crores per project. The ministry will provide 50% subsidy on transportation of the crops from production to storage and hiring of appropriate storage facilities.
As part of the long term integrated value chain development projects, the government will help in capacity building of FPOs, quality production, post-harvest processing facilities, agri-logistics, development of markets and creation and management of e-platform for demand and supply management of the crops.

About 66% of unorganised food processing units are in rural areas and of these, 80% were family run. 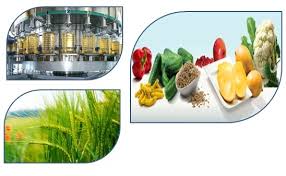 Ahmedabad: Having announced a dedicated policy in agro business, Gujarat expects about Rs 10,000-15,000 crore investment in agro food processing sector in next five years. The state government on Monday announced the ‘Comprehensive Agro Business Policy 2016-21’ which focuses on value addition of agriculture produce.

According to state government, there are huge opportunities in agro food processing sector in India and through this policy it wants to explore markets within India and globally.

END_OF_DOCUMENT_TOKEN_TO_BE_REPLACED

NEW DELHI: The final cabinet note on allowing 100% FDI in food processing sector has been moved by 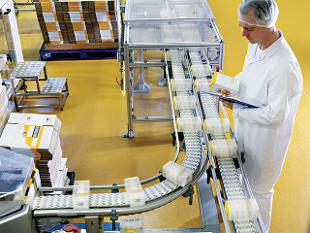 Finance Minister Arun Jaitley had said in his budget speech, “100% FDI will be allowed through FIPB route in marketing of food products produced and manufactured in India. This will benefit farmers, give impetus to the food processing industry and also create vast employment opportunities.” END_OF_DOCUMENT_TOKEN_TO_BE_REPLACED