New Delhi: The India-Japan summit in Guwahati on December 15-16, the first annual summit to be held in the Northeast, is expected to give a major push to the India-Japan Act East Forum as Japan plans to invest around Rs 13,000 cr in projects in the eight states of the region.

Japan has either invested or is planning to invest in a host of projects in Northeast India that include water supply project in Guwahati, road network in Assam-Meghalaya, forest management and agriculture projects in other states of the region, which serves as a gateway to Southeast Asia, said people aware of the matter. New proposals for the region may be announced by Japan at the annual summit, they said.

Japan’s involvement in Northeast India and its plans to expand its footprint in the region figured high at the ministerial dialogue held among the defence ministers and foreign ministers of the two countries on November 30. Japan prioritises connectivity-building projects in all of India, including the Northeast, said Atsushi Kaifu, deputy press secretary in Japan’s foreign affairs ministry. “Connectivity inside India, including the north-eastern part, is important for us,” Kaifu told media after the socalled 2+2 dialogue.

Oil-rich Kuwait is planning to double its investments in India from the current five billion dollars taking advantage of the country’s growth story and also exploring third country joint projects with Delhi.

India and UAE have entered into third country project in Ethiopia. Delhi has similar plans with Saudi Arabia.

Historically, Indo-Kuwaiti relations have always had an important trade dimension. India has consistently been among the top ten trading partners of Kuwait. During 2017-18, Kuwait was the ninth largest oil supplier to India and it meets about 4.63% of India’s energy needs. “India is looking for a substantial Kuwaiti investments in oil & gas sector. Large business houses of Kuwaiti also have investible surpluses,” according to Ministry of External Affairs (MEA) brief on India-Kuwait ties.

END_OF_DOCUMENT_TOKEN_TO_BE_REPLACED

UP to launch industrial, infra projects worth Rs 500 billion next month 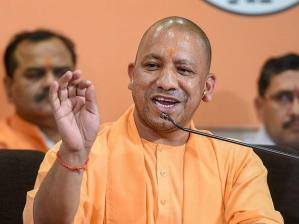 These projects are part of the Rs 4.68 trillion worth of memorandum of understanding (MoU) signed with public and private sector companies during the ‘UP Investors Summit’ here on 21-22 February, 2018.

On July 29, Prime Minister Narendra Modi had laid foundation of projects worth Rs 600 billion. Inaugurating the Summit, Modi had also exhorted UP and Maharashtra to compete for emerging as the country’s first trillion dollar economies.

Chief minister Yogi Adityanath, who has been busy in campaigning in poll bound states of Madhya Pradesh and Chhattisgarh over the past few week, on Tuesday night reviewed the progress of the projects lined up for the second ground breaking ceremony slated for the second week of December in Lucknow. END_OF_DOCUMENT_TOKEN_TO_BE_REPLACED

New Delhi: German consumer electronics maker Blaupunkt will invest around $300 million (₹2,158 crore) in television business in India in next 3 to 5 years along with its India partner, said a top company official.

The investment would be made by Blaupunkt and Trigur Electronics jointly on marketing/branding and manufacturing at Trigur’s plant in Sonepat, Haryana.Blaupunkt, which would sell its products in Sri Lanka, Nepal, Bangladesh besides India, aims to have a business of ₹500 crore in next 12 months.

END_OF_DOCUMENT_TOKEN_TO_BE_REPLACED

Pune: Futuristic transport solutions company Virgin Hyperloop One may invest around $450 million in India to turn its hyperloop vision into reality. Pune Metropolitan Region Development Authority (PMRDA) CEO Kiran Gitte said the Richard Branson-backed company was ready to invest the said amount for a demonstration track, provided the state government gave them the ‘right of way’ and the land required for the stations.

The demo track is slated to come up near the IT hub of Pune in Hinjewadi. The starting and ending points are yet to be finalised, Gitte said. Virgin Hyperloop and the Maharashtra government — through PMRDA — had signed a memorandum of understanding in February this year to build the first hyperloop in India.The hyperloop route will link central Pune, Navi Mumbai International Airport and Mumbai in 25 minutes. It is expected to be operational by 2024. It is also expected to eventually support 150 million passenger trips annually, saving more than 90 million hours of travel time and also reduce emission as the hyperloop transportation is 100% electric.

New Delhi: Around 140 Indian companies have invested close to $4 billion in South Africa, creating direct employment for 18,000 people, according to a report.

Sectors where Indian companies have made significant investments include healthcare and pharmaceuticals, IT, automobile industry and finance. Leading Indian companies that have invested in South Africa are Wipro, Coal India, Cipla, HCL Technologies, Tata Motors, Zomato and Mahindra and Mahindra.

END_OF_DOCUMENT_TOKEN_TO_BE_REPLACED

Mumbai: Niranjan Hiranandani’s family is investing around Rs3,500 crore to build liquified natural gas (LNG) terminals in Maharashtra and West Bengal, in a diversification for the Mumbai developer who built the iconic 250-acre Hiranandani Gardens township in suburban Powai.

Led by Darshan Hiranandani, Niranjan’s son, H-Energy (formerly known as Hiranandani Energy) expects to start commercial operation of its first LNG terminal at Jaigarh in Maharashtra by October. The Hiranandanis are spending around Rs 1,700 crore in setting up the terminal and laying down a 60 km pipeline from Jaigarh to Dabhol that is expected to be ready by May 2018.

END_OF_DOCUMENT_TOKEN_TO_BE_REPLACED

UP opens agro market worth Rs 600 billion for private investment

Lucknow: In a major agro reforms action, the Yogi Adityanath government has decided to throw open the state’s organised farm produce market estimated at over Rs 600 billion for private investment and participation.

The Adityanath cabinet has approved amendment to UP Agriculture Produce Marketing Committee (APMC) Act, 1964 allowing the setting up of private mandis to give competition to the government-run mandis operated by UP Mandi Parishad.

END_OF_DOCUMENT_TOKEN_TO_BE_REPLACED

Canadian Prime Minister Justin Trudeau today said corporate India has committed USD 1 billion worth of investments in his country, which will create over 5,000 jobs.

END_OF_DOCUMENT_TOKEN_TO_BE_REPLACED

Kolkata: Cigarettes to fast-moving consumer goods (FMCG) firm ITC on Monday said it would invest around Rs 10,000 crore in the coming years to strengthen its business in the food processing sector.

Sanjiv Puri, chief executive officer (CEO) of the company, said of the allotted investment, much of it would be in West Bengal. This is a part of the company’s Rs 25,000-crore-investment package that it has planned to invest on 65 projects, including 20 integrated factories for consumer goods across the country.