India will be our largest R&D base in next 3 years: OnePlus CEO

New Delhi: Premium smartphone maker OnePlus is betting on the engineering talent pool in the country to drive innovation and expects India to become its largest research and development (R&D) base in the next three years. 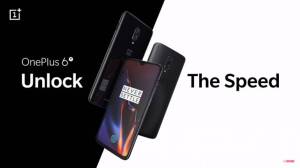 The company, which has recently set up its R&D centre in Hyderabad, has similar facilities in Shenzhen, Taiwan and the US. It has about 700 people globally working in its R&D teams.

“We are looking at India as a global talent hub for the company. The idea is to have a long-term approach, bringing the best of talent and training them and have them work with us over the long term…. We anticipate that India will be our largest R&D base in three or more years,” OnePlus co-founder and CEO Pete Lau told PTI.

He added that the company is engaging with the top engineering colleges like IITs to scout for talent. The India R&D team has under 100 people currently. END_OF_DOCUMENT_TOKEN_TO_BE_REPLACED

NEW DELHI: The government has, for the first time, decided to fund up to 60% of the research and development (R&D) cost for developing indigenous low-cost electric technology that will help power two-, three-wheelers and commercial vehicles operating in public spaces, a move aimed at reducing pollution.

The government, which considers electric mobility as an alternative to cut pollution and boost its ‘Make in India’ initiative, expects low-cost electric technology to help replace petrol and diesel-run vehicles, which are currently used as public transport. END_OF_DOCUMENT_TOKEN_TO_BE_REPLACED

Chennai: World’s largest cereal maker, the $14.6-billion Kellogg Company, wants to triple the size of its Indian business. Kellogg India is a roughly Rs 800-crore company, contributing 10% to the parent’s Asia-Pacific revenues, making the country its fastest growing market in the region. The plan is to take this contribution to 20% in five years.

Considering that Kellogg India is growing in double-digits, the Michigan-based parent is making large investments in manufacturing and also plans to set up its first R&D facility in the country at Taloja, near Mumbai. Emerging markets like India are key to Kellogg Company, whose second quarter earnings fell 24% from a year ago, with persistent weakness in its core US cereal market.

After making an investment of $60 million in its second manufacturing plant at Sri City (Andhra Pradesh), Kellogg Company is already planning to set up a third cereal facility in India in 3-4 years. The company expects the demand to grow in the wake of changing breakfast habits in India. In an exclusive interview to TOI, John Bryant, chairman & CEO, Kellogg Company, said: “In the last 12-18 months, we invested about $100 million in India, which gives the potential size of opportunity here.”

END_OF_DOCUMENT_TOKEN_TO_BE_REPLACED 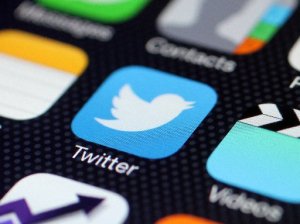 Mumbai: Twitter Inc. plans to set up a research and design (R&D) centre in Bengaluru to grow faster in emerging markets, according to a 4 February report by The Financial Times newspaper. This will be the San Francisco-based company’s first such facility outside the US.

Twitter plans to use Bengaluru-based mobile marketing and analytics company ZipDial Mobile Solutions Pvt. Ltd’s team to build this new R&D facility, the report said, citing people familiar with the matter who it did not name. END_OF_DOCUMENT_TOKEN_TO_BE_REPLACED

Bangalore: Bosch on Monday opened a new research and technology centre in India.

The company plans to invest Rs 1,200 crore in the country this year. The investment will be towards capacity expansion and strengthening of R&D facilities, among others.

The new centre will work in the area of internet of things and services. 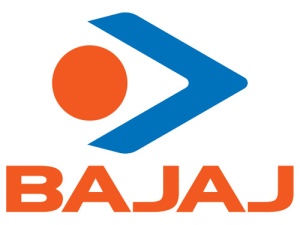 New Delhi: Bajaj Electricals is readying itself for global expansion, for which it plans to set up an integrated research and development centre to create next generation of products.

The company, celebrating 75 years in business, is looking to set up hubs to cater to new global regions as part of plans to scale up export contribution to its turnover from one per cent now.

“One thing we have not done in last the 75 years is to take our products across the globe,” Joint Managing Director Anant Bajaj said.

“We are in the process of bringing an integrated R&D centre,” Bajaj said, adding the intention was “to become innovation-driven R&D company and to create next generation of products”. He, however, did not share details of where the R&D centre would be set up and what kind of investments would be made. Bajaj said: “We may not necessarily have things happening in every single country directly but we would make hubs.”

END_OF_DOCUMENT_TOKEN_TO_BE_REPLACED

The government on Sunday brought some tax relief to development centres engaged in contract research and development (R&D) services with insignificant risk by relaxing norms for identifying these. As captive centres of multinational companies perform minimal functions for the parent and share a low risk, these would be subjected to a less stringent way of computing taxable income.

The Central Board of Direct Taxes (CBDT) revised its circular no 3 of March to classify R&D centres set up by foreign companies in three broad categories based on functions, assets and risk assumed by the centre established in India. These include centres which are entrepreneurial in nature; centres which are based on cost-sharing arrangements; and centres which undertake contract R&D.

END_OF_DOCUMENT_TOKEN_TO_BE_REPLACED

Mumbai: After a lull of almost three years, multinationals are back to spending on engineering research and development (R&D). The impact of this is showing on the Indian captive engineering R&D centres’ growth.

In last one-and-a-half years, about 39 captive centres were set up by MNCs in India. Some of these were MNCs like Hitachi, Panasonic, Ricoh, Faurecia, Peugeot among others, said a study by Zinnov Management Consulting.

END_OF_DOCUMENT_TOKEN_TO_BE_REPLACED

Bangalore: Chinese telecom equipment maker Huawei will invest $150 million in its research and development (R&D) centre coming up in Bangalore.

The centre, being built over one million sq feet can seat about 4,000 people, according to the company whose revenues were at $32 billion in 2011.

END_OF_DOCUMENT_TOKEN_TO_BE_REPLACED

A study says India has become a key contributor in global research and of growth in the Asia-Pacific region, playing host to one-third of top 1000 R&D spenders in the world.

After witnessing a decline in global R&D spending in FY2010, the study says the FY2011 has seen an increase in spending and the potential for India to be among the top nations for R&D has only gotten stronger.